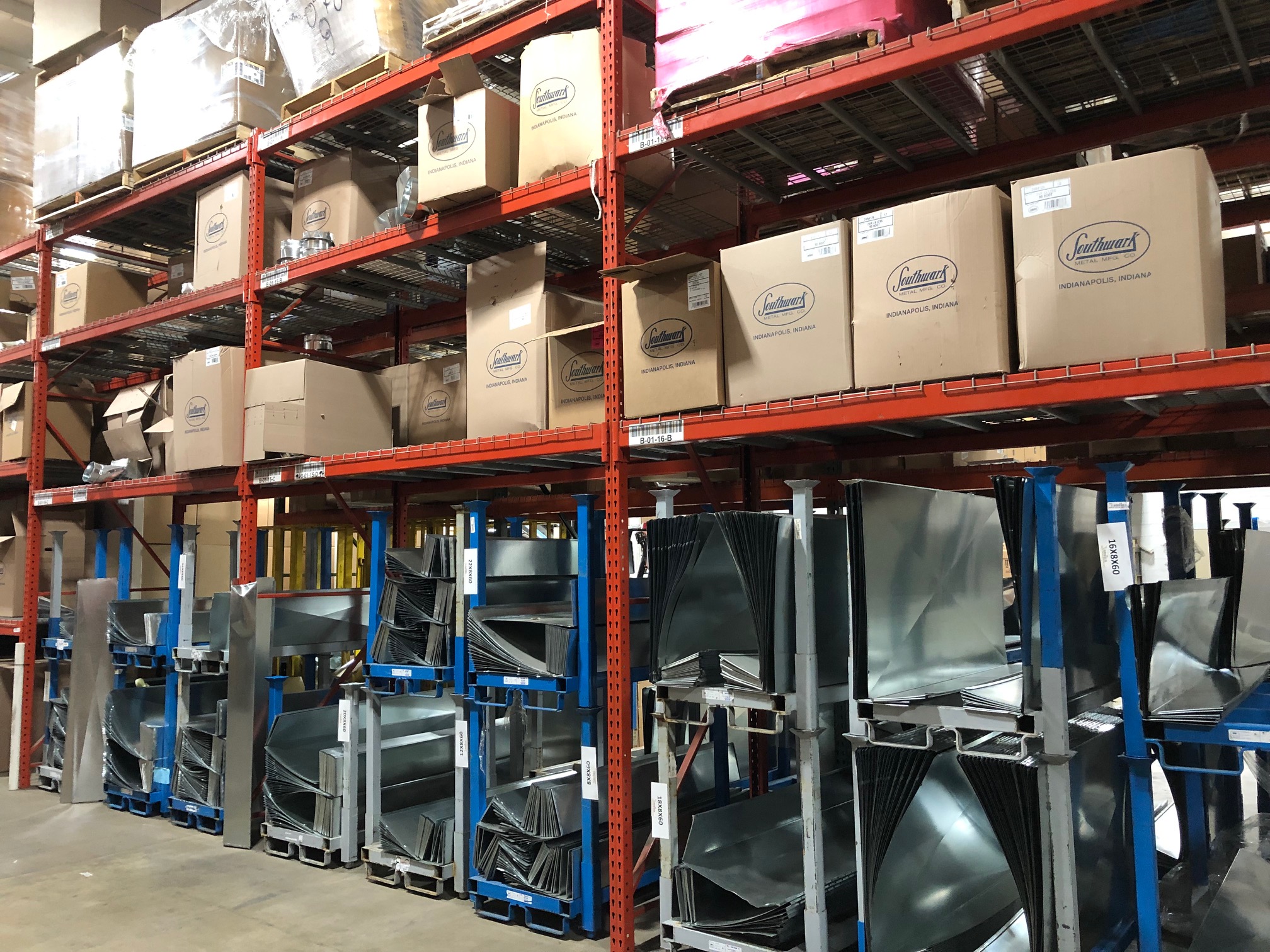 Christopher Loesch was a tinsmith who, in 1916, opened his tin shop on Fourth Street in Columbus, Indiana - close to the location of the current Fourth Street Bar.  He built things out of metal, fabricated nice tight furnace fittings, and passed this tin-smithing skill and legacy on to his sons, William and Henry Loesch.  The Loesch brothers worked this trade until 1953 when William felt a need leave that partnership and begin, at age 57, a new business venture.  He began selling supplies related to the sheet metal, duct/pipe/fitting, and registers to contractors in Central and Southern Indiana through a wholesale channel.  Thus, the name he chose, South Central Company.  It was not unusual then, nor today for that matter, for some wholesalers to adopt a name geographically reflective to the area in which they serve.  Henry Loesch continued in the tin shop/furnace business and that business continues today as “Loesch Heating and Air Conditioning”.  Bill Loesch personally drove all over central and southern Indiana, as far south as the Ohio river, to ask for business and serve his customers.  He started South Central Company on sound and conservative business practices, integrity and honesty, and always doing what is right for all concerned.

In 1976 William, John, and Joel Sasse purchased the assets and controlling interest of South Central Company.  Sales in 1976 were approaching two million dollars and there were two locations, Columbus and Bloomington.  The product mix at that time was approximately 50% heating and air conditioning, sheet metal and associated supplies and 50% plumbing, pipe, valves, fittings, and industrial supplies.   In May, 2006 the Sasse brothers entered into an agreement with the Cobble family to have South Central Company become a wholly owned subsidiary of the G.W. Berkheimer Company.   The Sasse brothers continued as employees with G.W. Berkheimer, and eventually John and Bill entered into well-deserved retirement status.  Joel chose to stay involved with the industry as a manufacturers’ representative.

1958:    South Central Company became incorporated under the laws of the State of Indiana.

1962:    Expanded product lines to include plumbing, tools, and industrial supplies.

1967:    Constructed a new building in Bloomington and opened the Bloomington store, the first branch for S.C.C.

1978:  After more than a year of planning to expand into commercial refrigeration segment, S.C.C. was awarded a franchise agreement with Tecumseh Products Company.

1979:  Opened its third location in Lexington, Kentucky.  Moved to Lexington as an authorized Tecumseh wholesaler and sold refrigeration supplies.

1981:  Purchased the Indianapolis branch of Valley Supply Company of Ft. Wayne and opened the fourth location at 820 N. Meridian St. in Indianapolis.

1983:  Closed the Lexington branch due to logistical issues and systems limitations as well as to focus more on business in Indiana.

1991:  Participated in equipment name change from Heil-Quaker to Tempstar.

1997:  Switched from Burroughs computer system to Eclipse ERP.  Set up our first website.

2003:  Also realizing that the paint business was difficult to meld with the core business, sold those assets to Northern Paint and Supply.